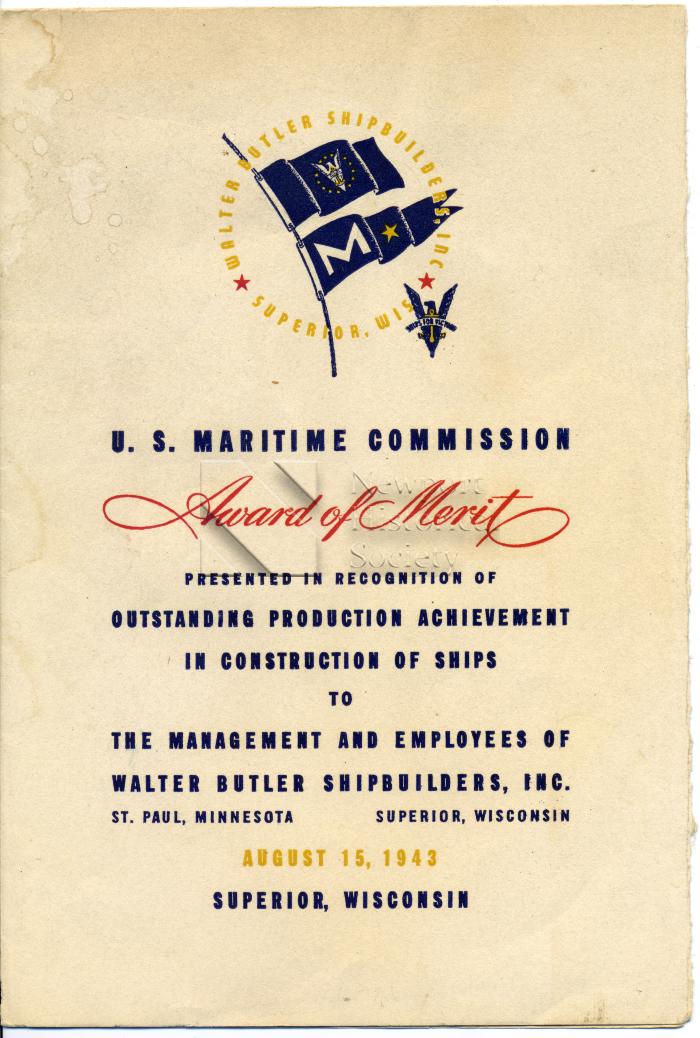 A program for an award ceremony held by the U.S. Maritime Commission. The ceremony recognized "The Management and Employees of Walter Butler Shipbuilders, Inc." for their construction of the (second) U.S.S. Newport. Ceremony was held in Superior, Wisconsin on August 15, 1943. Some Newporters, including Mayor Herbert Macauley and the Honorable Cornelius C. Moore (Chairman of the Common Council), gave remarks. Mrs. Nicholas Bayard Brown (Natalie Bayard Brown) was the ship's sponsor. Program ended with the christening of the ship.