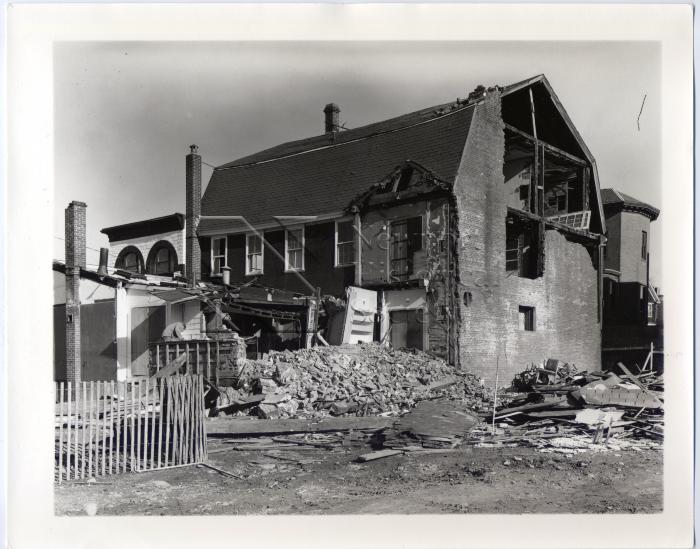 A photograph depicting the partial demolition of the Clarke Cook(e) House (Thames Street), prior to its move to Bannister's Wharf in the mid-1970s. An ell is shown removed from the house; brick at the side was also dismantled, exposing interior sections. A large pile of debris can be seen at foreground. The house is situated directly beside the Edward D. Newton Block (1889) at 270 Thames Street; a small building can also be seen at left connected to the house. The Cooke House has a shingled gambrel roof with a chimney, a brick end, and clapboard siding.