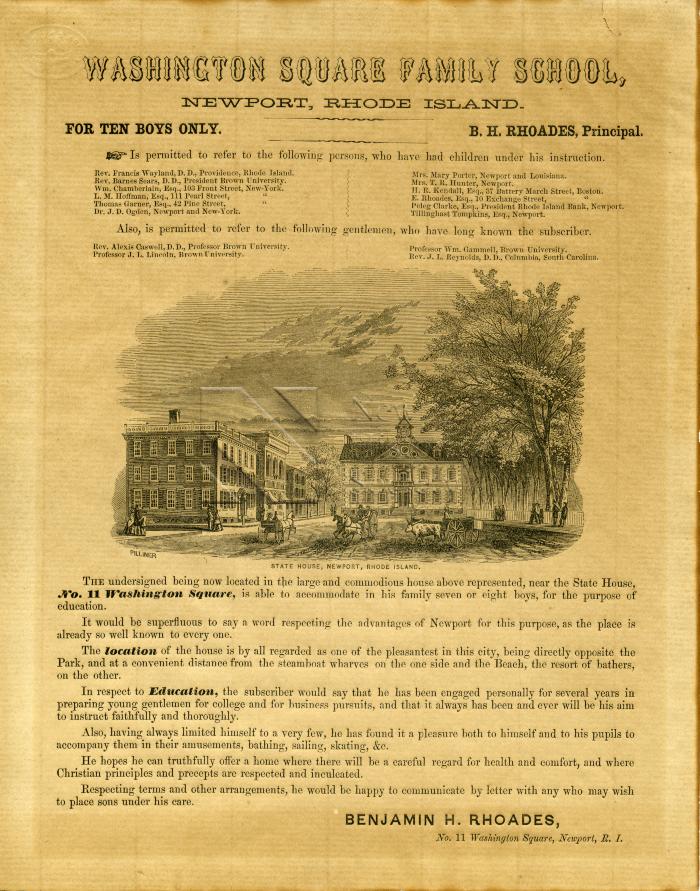 Handbill for the Washington Square Family School in Newport, Rhode Island at No. 11 Washington Square. Handbill notes "FOR TEN BOYS ONLY," and is signed Benjamin H. Rhoades, Principal. It lists references, whose children have attended the school or who have long known the subscriber, followed by an illustration of Washington Square, with a view of the north side of the square, the Colony House, and the park. The main text of the advertisement describes the advantages of the school's location and the qualifications of the principal.

According to the entry for Benjamin Hurd Rhoades in Norwich University, 1819-1911: Her History, Her Graduates, Her Role of Honor by William Arba Ellis, Rhoades established the Washington Square Family School in 1856 and ran it until 1859, when he became Librarian of the Redwood Library.