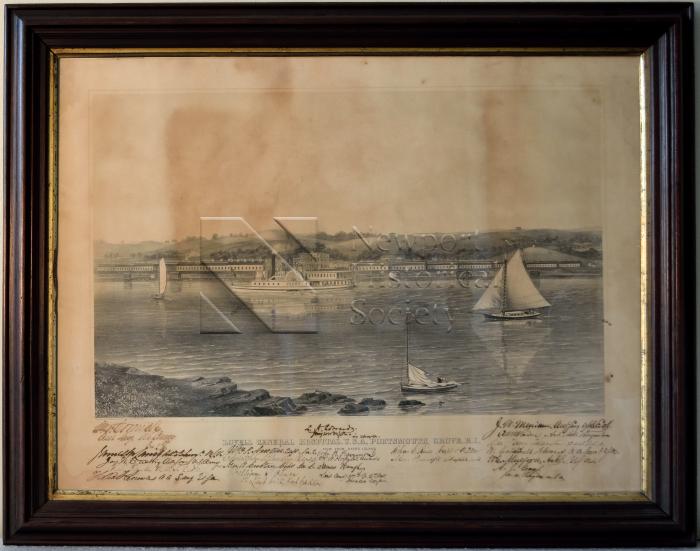 "Lovell General Hospital, USA, Portsmouth Grove, RI/View from Dyer's Island" shoreline on foreground, catboat "Hope" at anchor; other small craft and steamer "Perry" in mid-ground. Hospital complex on opposite shore; hills in background. Signatures of administrators and surgeons on bottom. "Drawn from nature and loth by J.P. Newell/entered according to act of Congres ad 1864 by J.P. Newell in the clerk's office for the southern district of NY/printed by Endicott and Co., NY"

Gift of Edward A. Sherman