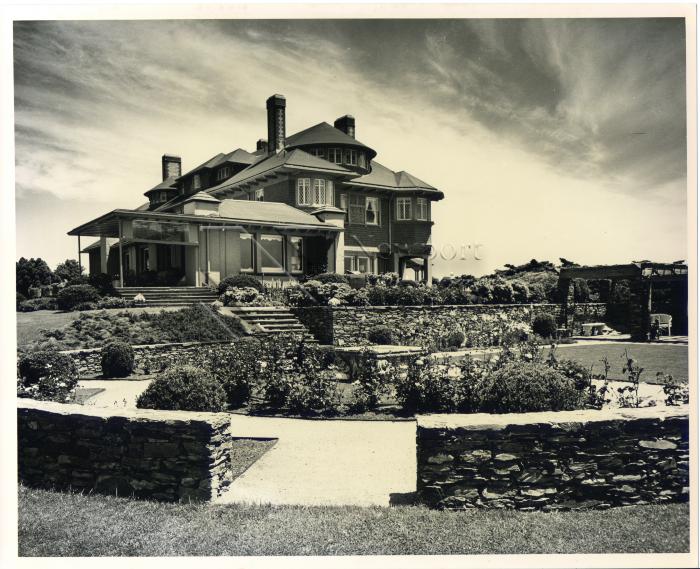 A photograph of the south-facing facade of Hammersmith Farm, located on Harrison Avenue. Architectural features include diamond-paned bay windows, a conical roof, patterned chimneys, a shingled exterior, and a porch. A garden with a trellis, surrounded by a stone wall, is visible at foreground. Photo was most likely taken at some point after the house opened to the public in 1978.