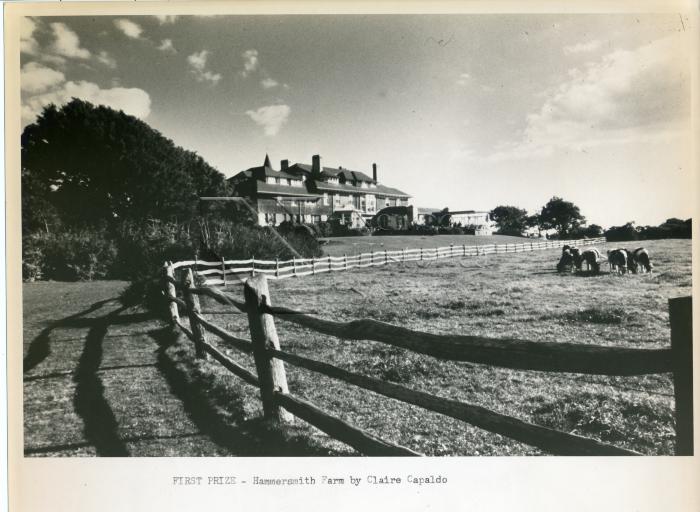 A photograph depicting Hammersmith Farm and its grounds, Harrison Avenue. The ocean-side facade of the house is pictured, including a covered porch at right. Grazing cows are visible at right; a group of trees and shrubs are visible at left. A message reading "FIRST PRIZE - Hammersmith Farm by Claire Capaldo" is typewritten near bottom edge. Photo was most likely taken at some point after the house opened to the public in 1978.