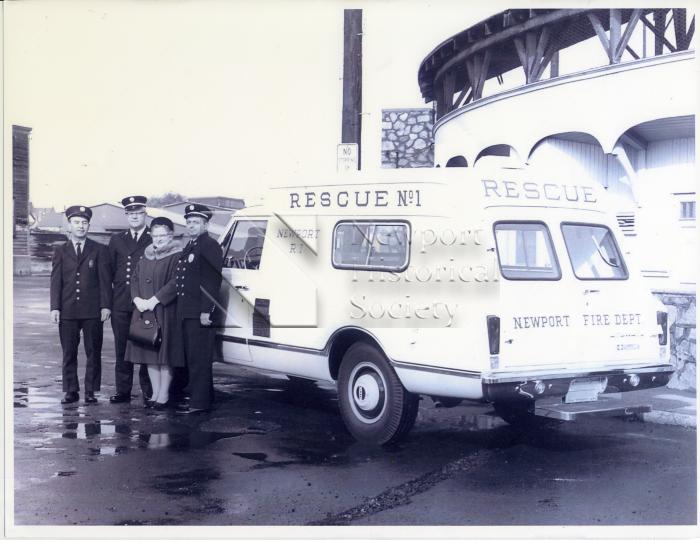 A photograph depicting the donation of a rescue vehicle by the Newport Lodge of Elks in November 1967. John H. King, Jr., Lt. William H. Connerton, Jr., Mrs. Mary Connerton, and Department Chief Frank G. Moitoza can be seen standing next to the vehicle (left to right), which is parked in front of Cardines Field on Marlborough Street. The Newport Lodge of Elks donated Rescue trucks in 1949, 1959, and 1967. After this, the Newport Fire Department purchased their own trucks (in part, according to the donor, due to new government regulations).