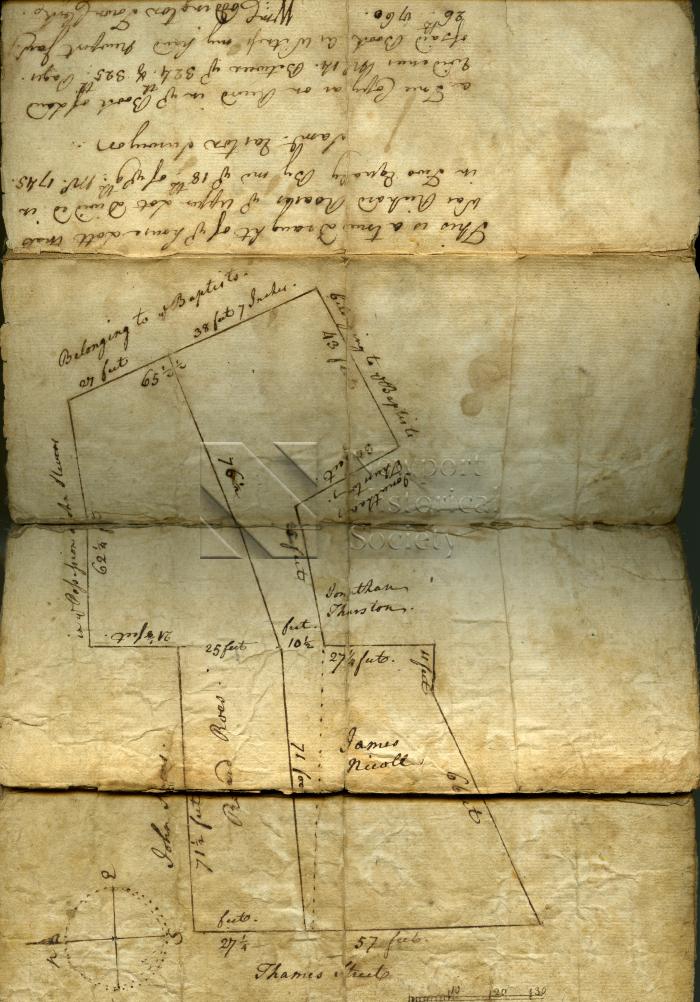 A draft of a house lot belonging to Richard Roes (possibly a misspelling of Richard Rose or Richard Roas). The document shows a division of the lot on the 18th of September 1745, as surveyed by Samuel Easton.

The lot is bounded to the north by a John Stevens lot, to the east and south east by land 'belonging to the Baptists', and to the south by Jonathan Thurston's lot. The north-south division recorded by surveyor Samuel Easton shows the southern portion transferred to James Nicholl.