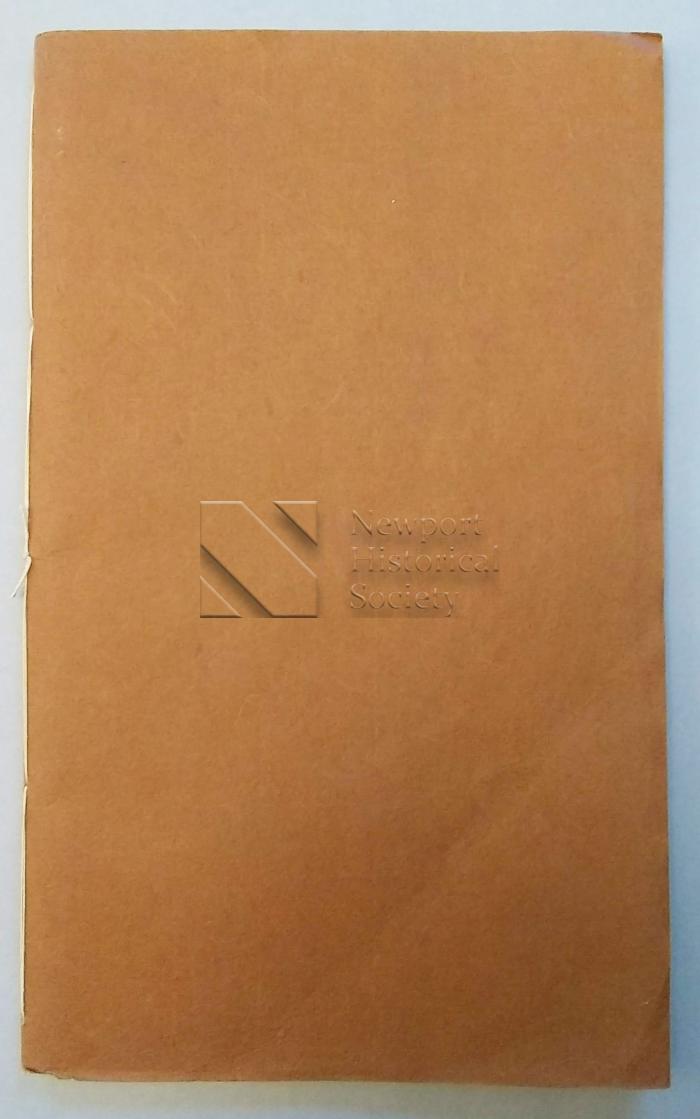 Minutes of the African Humane Society

Minutes of the African Humane Society

This volume contains the meeting minutes and dealings of the African Humane Society (AHS), previously known as the African Union Society. The first discernibly dated entry is January 3, 1812, with the entries ending in 1823. These entries continue to document the regular and special meetings of the Society, including their judicial practices. An example of their judicial operations can be seen in an entry dated August 10, 1812 where they held a trial against member John Device. A warrant had been issued against Device February 14, 1812, but the charges are not recorded in the minutes. During the trial, Newport Gardner, current secretary of the Society, represented the AHS, while it seems that Device represented himself. Thomas Cahoone was appointed the judge. Cahoone pardoned Device which upset a few other members who brought the issue to the President, Caesar Wanton. Wanton upheld Cahoone’s decision, putting an end to the matter.

Throughout the volume, the AHS attempts a variety of strategies to help the treasury. Their memberships reduced greatly following the dissolution and reformation of the Society in 1795. This, coupled with the longstanding pattern of members not paying dues, put the AHS in financial difficulty. To rectify this, at a meeting held July 6, 1814, they decided that members would have to pay fifty cents every annual meeting and twenty five cents every meeting. They also began fining members for small infractions, such as forgetting to bring their personal copy of the Society’s constitution with them to the annual meeting and instituting a substantial fine of $10 for intoxication.

Despite this no-nonsense attitude of the treasury, when it came out in August of 1821 that the treasurer, Henry Clarke, had spent some of the Society’s money for personal use, the response was incredibly lax. He claimed that he had no intention of robbing the Society and had planned on replacing the money before the Society next met, but “want of business” had prevented him from doing so. He was pardoned and kept on as treasurer.