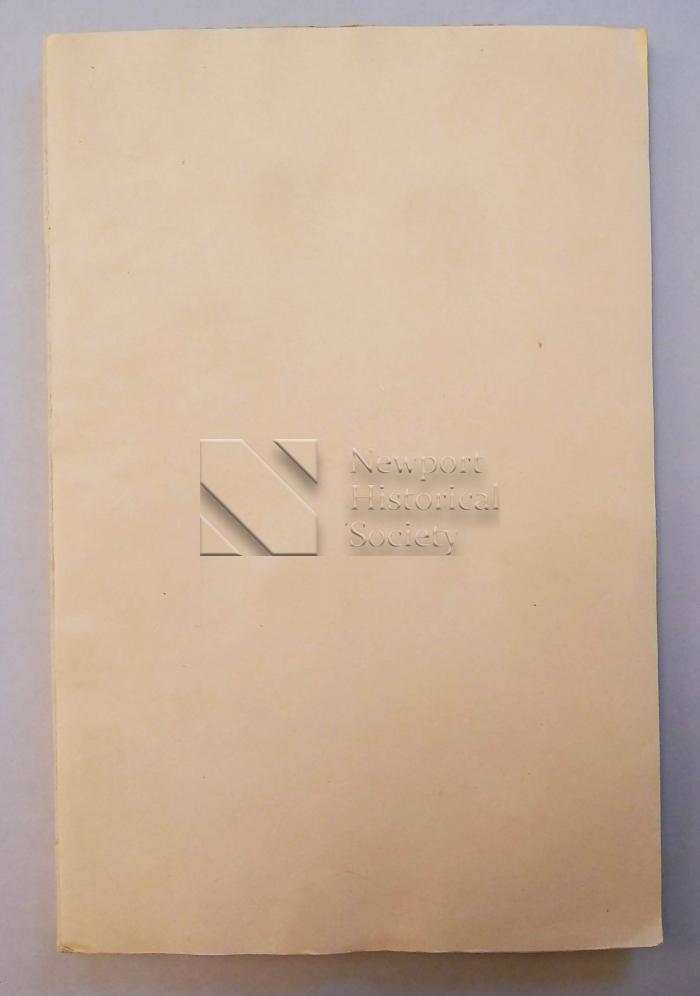 This volume contains the meeting minutes for the first and second African Union Societies and the African Humane Society. This volume covers the years 1793 through 1810 and contains more details about the everyday functions of the Society, such as how to obtain funds from the treasury and what should be done in the event that a member passes away.

A name that occurs frequently in this volume is Phebe Benson. The wife of member Cuffee Benson, Phebe is assisted monetarily by the Society numerous times, usually in the sum of $10. It does not seem like her husband is sick or in any way absent, as he is present at meetings and even redeems money for his wife as can be seen in an entry dated May 23, 1805. The only other woman to receive funds from the Society as noted in this volume, is Mary Cahoone, the wife of member Thomas Cahoone. She was lent $4, a significantly smaller amount than to Mrs. Benson, and it only happens once. These instances stand out as they are unusual. Male members were typically the only ones who requested help from the treasury.

There are also some entries in this volume that are identical to those found in 1674B.