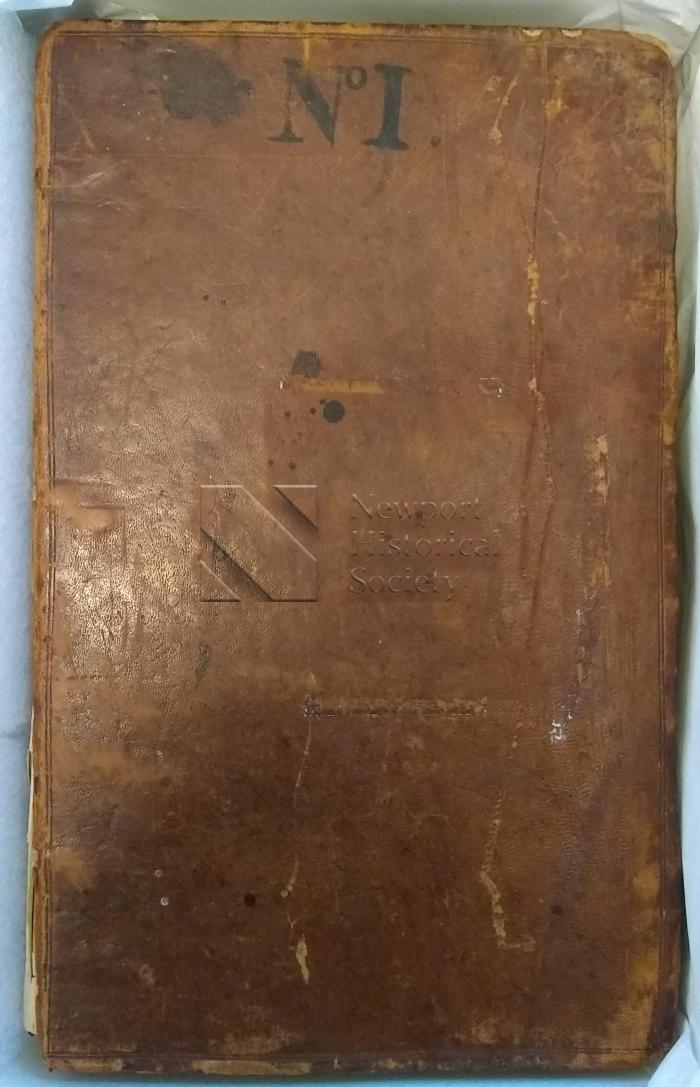 The Book of Records of the African Union Society

The Book of Records of the African Union Society

This volume contains the meeting minutes of the first and second African Union Societies. Though the first entry is dated January 6, 1796, the earliest entry within the volume is from January 24, 1787.  The pages of this volume cover all aspects of operations within the Society including traditional minutes, treasury reports and copies of letters to and from Society members, various organizations and acquaintances.

One highlight is an entry regarding Newport Gardner from August 24, 1789 that reads, “That whenever he shall be free, he shall be admitted and received into the said Union Society.” At this time, though Gardner was an influential member of the African/African American community in Newport, he was not free and therefore could not be admitted into the Free African Union Society. This guarantee of future admittance is the only one of its kind in these records. Just a few days short of three years later on August 9, 1792, Newport Gardner, having gained his freedom, was admitted into the Society as a member.

Another highlight is the correspondence of William Thornton, a white man of many professions, including architect and physician, who wished to assist with the hope some shared of leaving the United States to live in Africa. There are a variety of letters from Thornton that were copied into this minute book. Some are addressed to, or possibly written with, Rev. Samuel Hopkins, a prominent abolitionist and minister of the First Congregational Church in Newport from 1770 until his death in 1803. These letters discuss fundraising and gathering support for the potential trip to Africa.

This volume also records the dissolution and reformation of the Society in 1795. Following the death of her husband Neptune in 1794, Dinah Sisson asked for his account to be drawn up, as was common practice, to see if any money was owed him. The Society found that “Mr. Sisson is overpaid and therefore has no more right in this Society.” This apparently angered Dinah, who began slandering the organization. Her actions were so detrimental that on December 4, 1794, member Prince Amy moved for the breaking up of the Society and beginning it anew “because the widow gives members a bad name.” On March 4, 1795, the first African Union Society ended. It was revived on September 10, 1795 with many of the same members.

Some entries in this volume are identical to those found in 1674C.

Because this volume is in delicate condition, a reproduction was made, which can be viewed in the NHS Library.