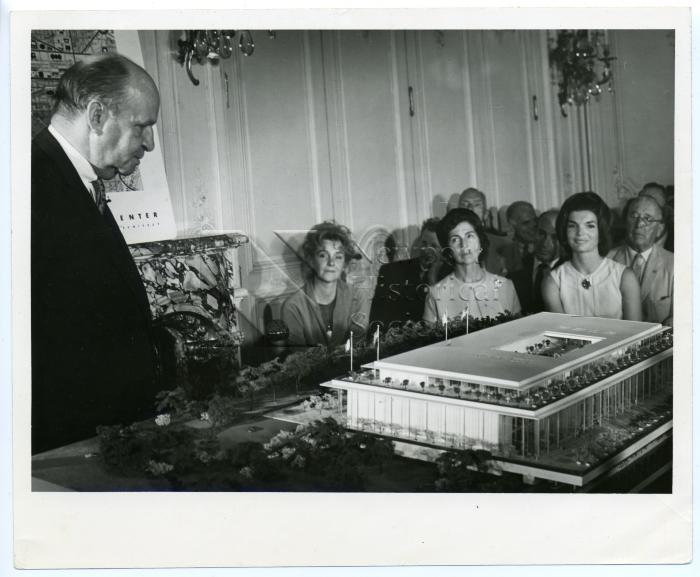 A photograph depicting First Lady Jacqueline Kennedy and others at a presentation for the National Cultural Center (later known as the Kennedy Center). The presentation, which took place at the Elms, included the "unveiling" of an architectural model by Mrs. Kennedy (seen at right). A poster is visible on the mantlepiece at left. Seated to the left and right of Mrs. Kennedy are her mother, Mrs. Janet Auchincloss, and her stepfather, Mr. Hugh D. Auchincloss, Jr. Mr. Auchincloss's summer home, Hammersmith Farm, is located on Harrison Avenue.