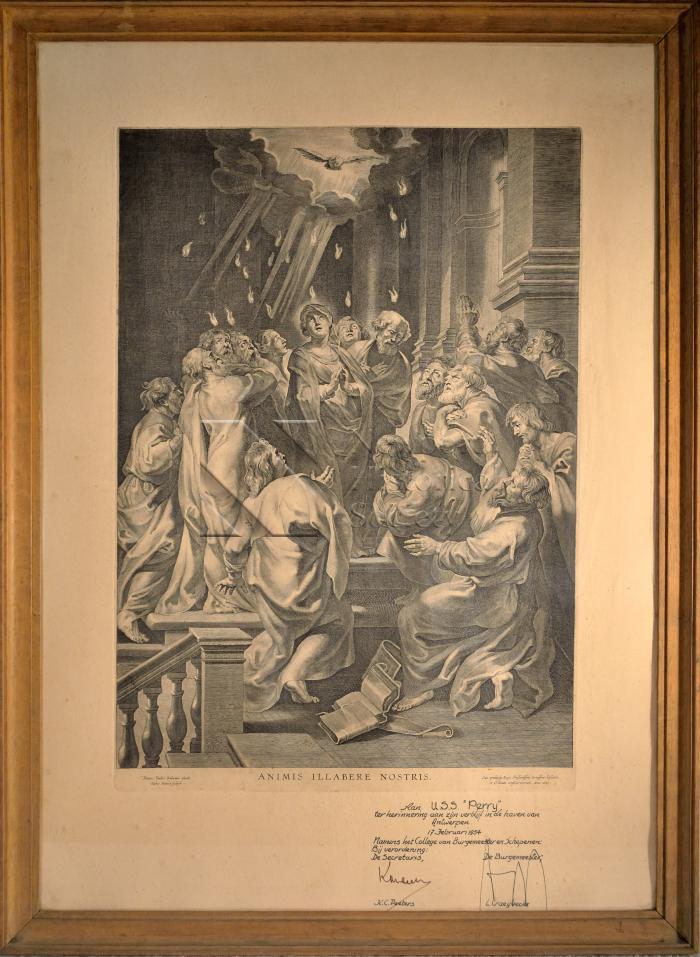 Detailed etching of scene of Pentecost with the Holy Spirit coming down from the heavens with raining flames from the clouds. Sixteen figures gather around the spectacle each with individualized faces. The etching has been written on and signed at a later date by a Mayor in Dutch, stating the etching as a gift to the U.S.S. Perry.

Inscription in Dutch roughly translated as: for the U.S.S. Perry in memory of the port of Antewerpe, February 17, 1954 by the Secretary and Mayor of Schepenen.